ROPE BRIDGE MADE FOR THE 1997 FILM THE POSTMAN

We were asked in the spring of 1997 to construct a rope bridge for the set of Kevin Costner’s feature film “The Postman.” The project consisted of a rope-sided suspension bridge that would cross the Crooked River Gorge. The length of the bridge would be 330 feet long and we were thrilled to take on the challenge. We used our memories of cargo nets that were hand spliced and woven in the 1940’s and 50’s from rope. These woven nets were the norm up until the creation of Nylon, which eventually took over as a stronger and better material for fishing and cargo netting. We reached out to former employees, the Marine and Navy Reserve Centers locally, our canvas and materials suppliers and Clatsop Community College’s Maritime Science Department for help in this undertaking.

Once we were confident we could make the project a success, we submitted an estimate to Warner Brothers Studios and they accepted our offer. We were able to complete the job in 30 days and with a linear quantity of woven material totaling 880 feet. The product was aesthetically appealing and was secured by steel cables which bore the majority of the weight. The look of the bridge was to take on the appearance of looking old and worn for the film’s post-apocalyptic setting.
​​ 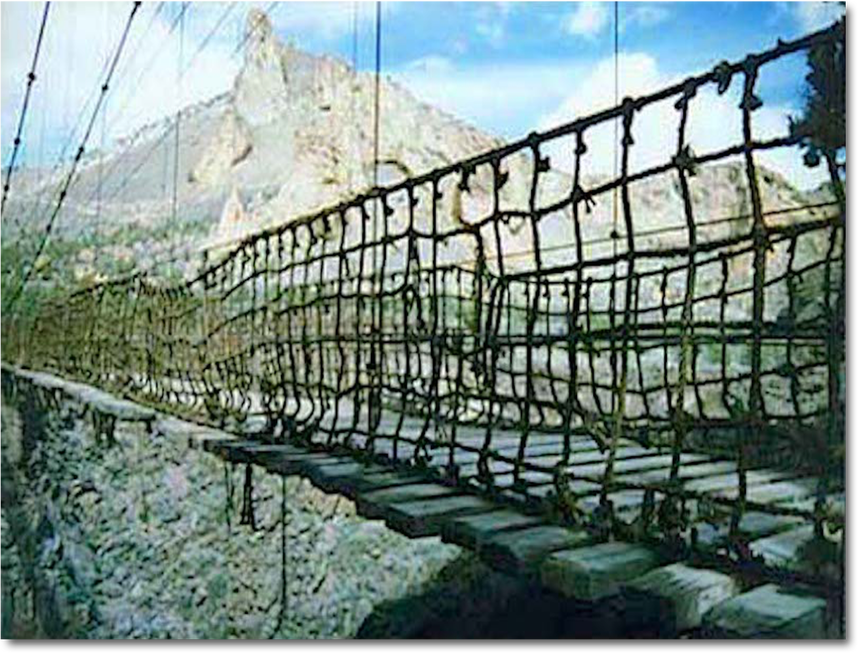 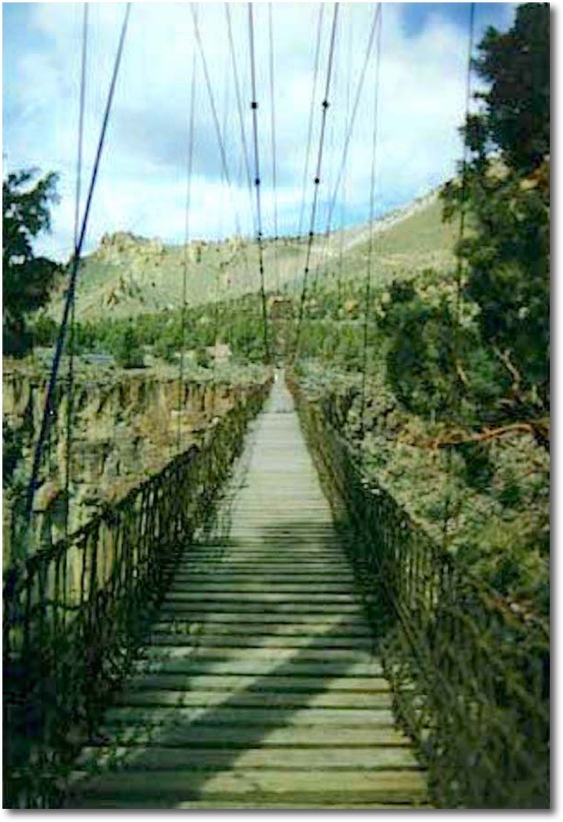 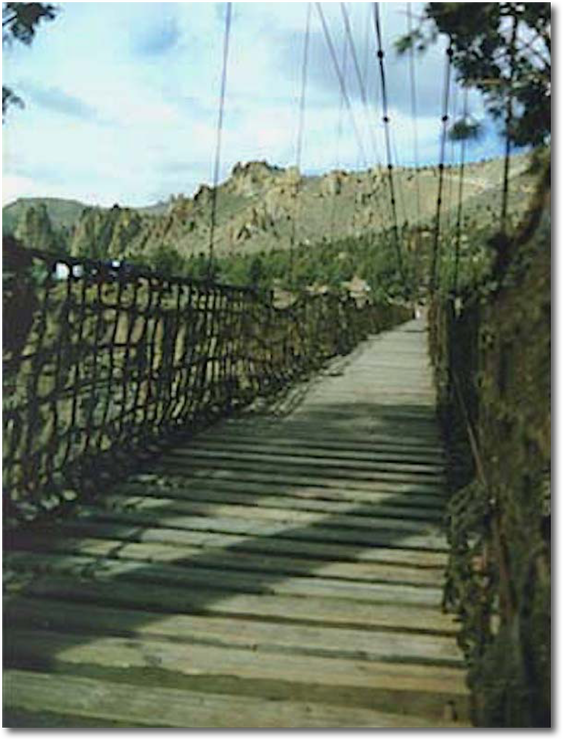 We wanted to be able to take pictures of our installed work and at first, we were stopped from doing so until the set director permitted us to, but not to cross the bridge. The bridge was to be blown up during a scene in the film but ultimately, it seems, the bridge was dismantled so as to not cause any environmental damage to the surrounding gorge. Homes that were near to the site where the bridge was erected had to be camouflaged by planting trees and by digitally removing them from the background.
Our family has great memories of my grandfather and his father challenging each other late into the night tying knots to outdo each other. There was a real catharsis in the development and creation of this project. We have generations of family who had implemented these skills and we got to share in this craft to create a project to be immortalized on film. Projects like this are how we shine as a company. Knots and woven materials tell the story of the creator and often a particular shop, and this story is unique to the way the yarns are twisted and created to eventually be spliced or knotted.
​

Waagmeester Industrial Canvas created the iconic backpack for Fox Searchlight Pictures' 2014 film Wild starring Oscar winning actress Reese Witherspoon. Wild was an adaptation of the 2012 memoir by Cheryl Strayed titled Wild: From Lost to Found on the Pacific Crest Trail. The film depicts her life-changing hike across the Pacific Crest Trail. Her actual hike was over one thousand miles starting in California, up through Oregon and ending in Washington. We recreated the backpack Strayed used and affectionately called "Monster."

The studio wasn't able to find an exact match of Cheryl Strayed's actual green backpack. There were several other colors out there, but for the sake of authenticity, they wanted the big, green Monster that she actually used. That's where Waagmeester Industrial Canvas came in. We were presented with Strayed's actual backpack and replicated it using our expert design, fabrication and customization skills.

Monster was designed and built as a functional, working backpack that was capable of withstanding all the rigors of the intended use of a heavy duty outdoor pack. But had to be more than just a backpack. As it was a visual prop on a movie set, that meant it was going to handled, manipulated, touched, dropped, picked up, loaded, unloaded, put on and taken off many more times than a standard hiker or camper would on a normal outdoor trek. Our recreation of the Monster had to be that much stronger and more durable for all the extra handling, in addition to being fully functional. In the end, we designed and created a film prop that was so cool, not only did the studio create a promotional video for it (which we've included below), Monster actually earn a few headlines of its own! 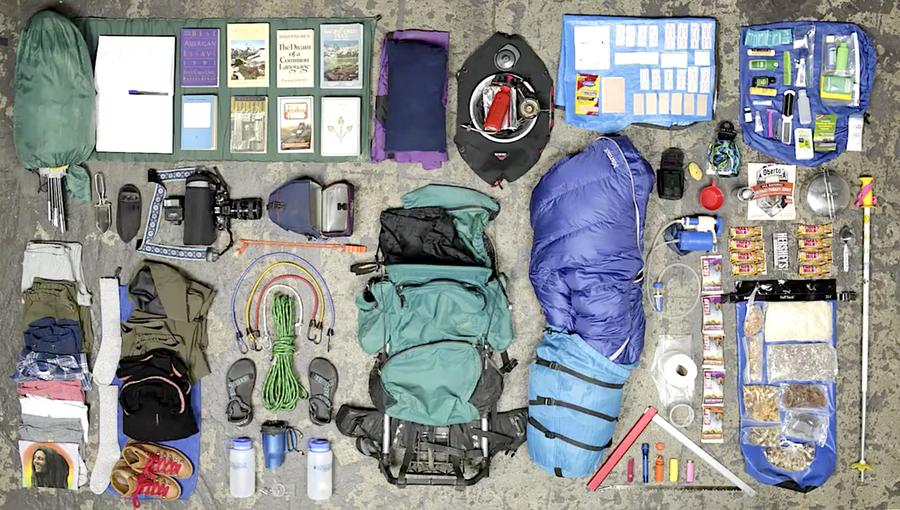 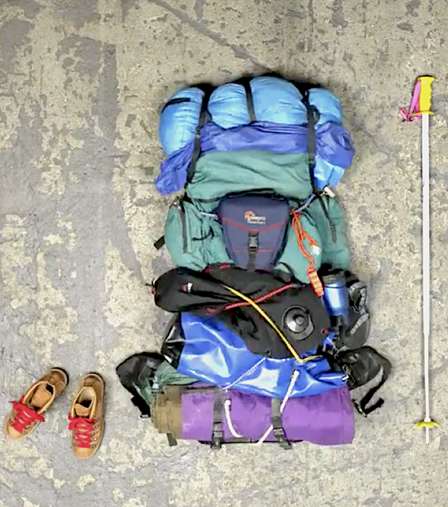 In addition to the projects above, Waagmeester Industrial Canvas has worked on several sets for both movies and television. Our credits include:
​